US President Donald Trump offered WikiLeaks founder Julian Assange a US presidential pardon or “some way out” two years ago, according to evidence to be presented at his London extradition trial. 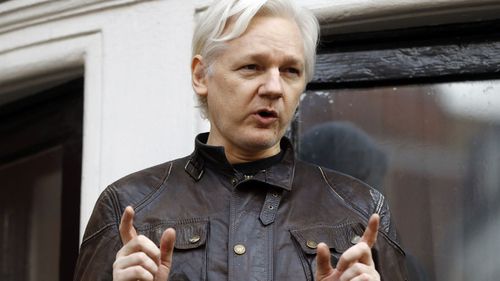 At the final administrative hearing in Westminster Magistrates Court on Wednesday, Assange’s barrister Edward Fitzgerald revealed that fellow defence solicitor Jennifer Robinson will outline the presidential pardon offer in a statement to the trial starting on Monday.
He said Ms Robinson’s statement will describe how Republican Congressman Dana Rohrabacher had visited the Australian in the Ecuadorian embassy to offer him a deal back in 2017.

Mr Fitzgerald alluded to the deal requiring Assange to deny Russian links to the hacking and leaking of the Democratic National Committee’s (DNC) emails before the 2016 elections.
“Mr Rohrabacher going to see Mr Assange and saying, on instructions from the president (Trump), he was offering a pardon or some other way out, if Mr Assange would say the Russians had nothing to do with the DNC leaks,” Mr Fitzgerald told the court.
While then-Congressman Rohrabacher’s meeting with Assange is already public knowledge, until now it has been reported he did so on his own rather than under the orders of President Trump.

Assange, dressed in a brown sweater and white shirt with black trousers, calmly read through documents during the revelation.
Those charges relate to Wikileaks’ 2010 release of thousands of classified Pentagon files on the Iraq and Afghanistan wars, some of which revealed war crimes and the torture of prisoners, along with US diplomatic cables.
The Australian is facing up to 175 years in prison if convicted in the US.